Back to Blog Posts
Prev Next

Selling A Home with Too Many Pictures 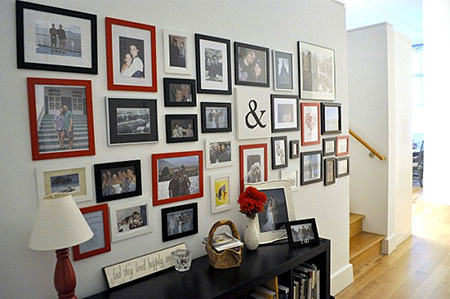 How a home makes you feel is probably the single most important variable when it comes to making a home purchase decision. So how does a home's decor come into play? Let's start by looking at the pictures on the wall.

“You have a beautiful home, but you might want to take down the family pictures. You don’t want the buyer to be distracted.” I said this to a client recently while taking pictures for a listing. The home was immaculate. The furnishings beautiful. The only thing I noticed that would be an easy change was to take down the family pictures. There weren’t a lot of them, but more than usual. I couldn’t help but look because I was curious. Like many of us, I am a people person.

Both the husband and wife looked at me without saying anything for a moment longer than I would have expected. “I haven’t seen any empirical evidence to show that it matters one way or another,” he said. Having read many articles stating that it does matter, I was intrigued. Has there ever been a study using the scientific method to determine how people feel about family pictures in a home they might buy? I doubt it. But if there was, this is how it might look.

Take two nearly identical homes, put family pictures up in one and not in the other. Then have a group of potential buyers look through both homes and ask them to pick which one they would buy right now if they had to choose between just those two homes. Keep score, of course, then switch the pictures and repeat with a different group.

Conventional wisdom dictates that most would choose the home without the pictures. The buyers would most easily be able to see themselves living in the depersonalized home because they would not be distracted by the current residents.

If only it were that easy…

Here’s the problem. Buyers rarely go to look at just one or two homes. I once showed a couple 30 homes in two days. That’s too many in a short period of time, by the way, but they threw out the 15 from the first day and bumped up the price range. Still, they were choosing between 15 homes.

At the end of the day, buyers aren’t choosing the home with the best family pictures. If they are distracted by the pictures, and everyone is distracted, then they might not spend as much time imagining themselves living in that particular house. Home buying is more of an emotional decision than a rational one. How a home makes you feel is probably the single most important variable when it comes to making a home purchase decision. If the buyers spend all their time looking at the seller’s personal stuff, there is not any time left over to allow them to feel good about the home. After looking at 30 homes, all they can remember from home #18 was the family pictures.

Here’s proof, though not scientific…

How do you think the husband felt about the house? Did he give himself the opportunity to imagine himself living there? At the end of the day did he remember house #5 as the home with the great kitchen or the home with the Navy helicopter pilot? We looked a lot of homes. I don’t know how the buyers felt about house #5 because they bought something else. I remember house #5 as the one where the seller had a distinguished Navy career. But I can barely remember the home. 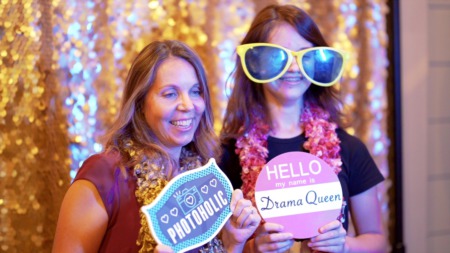